The early stages of the Q2 qualifying session teed up a pole battle between Bagnaia and Quartararo, but the former would streak clear of the Yamaha rider to claim back-to-back poles in 2022.

Quartararo then produced a 1m30.688s with just under 10 minutes of the 15-minute shootout to go, putting him ahead of Bagnaia by just 0.011s.

Both riders lit up the timing screens across their second runs, but Bagnaia clicked into supreme form to regain top spot with two minutes remaining with a 1m30.450s.

Team-mate Jack Miller shadowed him to move into second, the Australian missing out on pole by 0.069s.

Quartararo was quick as he started his final lap, but bled time across the rest of the tour and could do nothing to better his earlier 1m30.688s.

With Aprilia’s Aleix Espargaro moving up to third for a third-straight front row, Quartararo found himself relegated to the head of row two in fourth on his homecoming as world champion and the current standings leader.

Gresini Ducati’s Enea Bastianini completed the top five, having made several pushes for pole, with the other home favourite Johann Zarco sixth on his Pramac Ducati.

The Frenchman, who topped FP3, may be dragged up to the stewards after Q2 after getting in Pol Espargaro’s way at the Dunlop chicane while the Honda rider was on a push lap late on.

Marc Marquez made a mistake on his final lap into the Dunlop chicane and was unable to do any better than 10th, 0.698s off the pace, with Honda team-mate Pol Espargaro and LCR’s Takaaki Nakagami trailing him.

VR46 rookie Marco Bezzecchi rallied in the latter stages of Q1 after a scary off going through Turn 2, but was denied a place in the pole shootout session by 0.007s.

The Italian jumped ahead of Aprilia’s Maverick Vinales, who was some 0.331s adrift of Bezzecchi on his VR46 2021-spec Ducati.

The sister VR46 bike of Luca Marini will start 15th ahead of Gresini rookie Fabio Di Giannantonio, with KTM’s miserable French GP continuing with a disappointing qualifying display for all of its riders.

Miguel Oliveira was the leading RC16 in 17th ahead of team-mate Brad Binder, while Tech3 duo Remy Gardner and the injured Raul Fernandez were 22nd and last respectively. 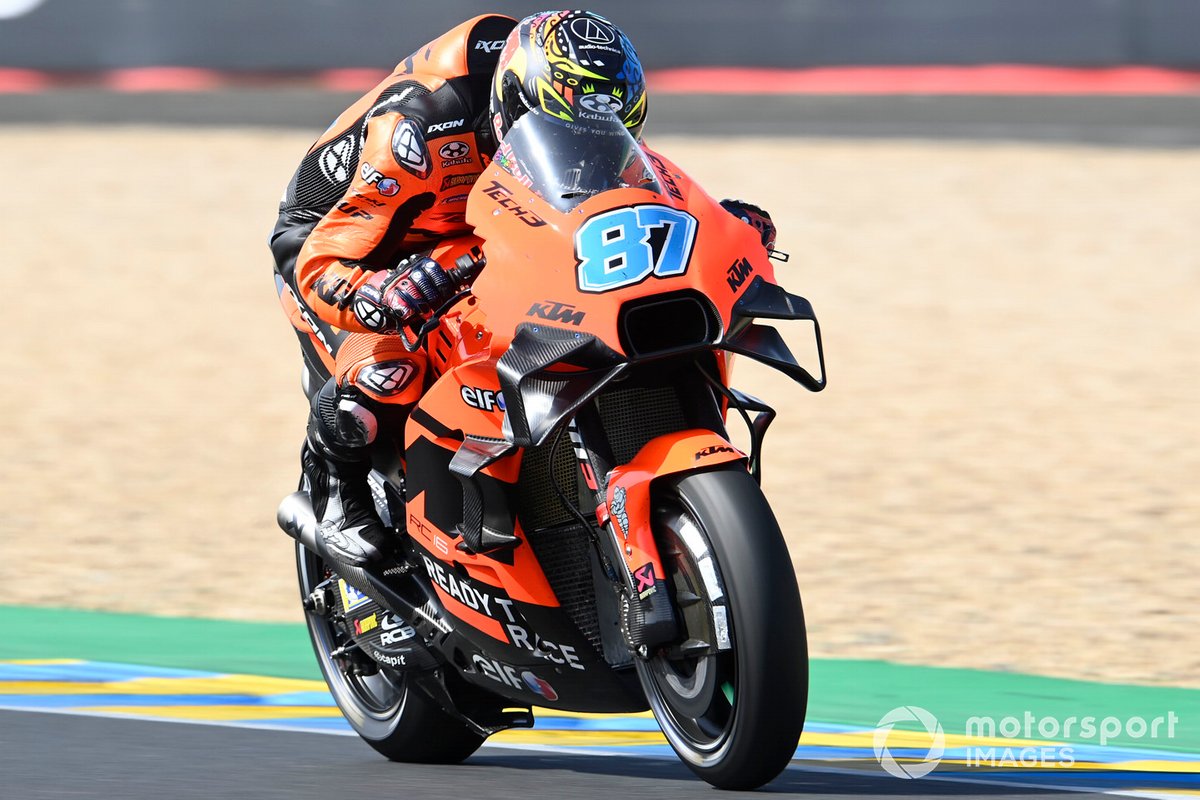 Yamaha’s Franco Morbidelli was disappointed in 19th, having felt like he’d made steps forward in understanding the factory M1 on Friday at Le Mans, with RNF Racing’s Andrea Dovizioso shadowing him in 20th.

We try the wacky, air-purifying headphones

‘They don’t care about your feelings’