The first 45-minute session of the Mugello weekend got underway in perfect conditions, with Ducati test rider and wildcard Michele Pirro getting his head down in the early stages on his World Superbike-liveried GP22.

With 10 minutes of the session gone, Alex Rins guided his Suzuki to the top of the pile with a 1m47.423s before Aleix Espargaro – who along with team-mate Maverick Vinales has signed a new deal with Aprilia for 2023 – put his Aprilia into first with a 1m47.161s.

Many manufacturers have brought upgrades to Mugello, with Aprilia notably bringing a new engine and Formula 1-style rear wing – with wildcard Lorenzo Savadori putting miles on the new parts in FP1.

Espargaro noted on Thursday at Mugello that he will likely try the new engine in FP2 this afternoon.

Yamaha and KTM have brought revised aerodynamic packages aimed at reducing drag to increase top speed – something that is vital for the former, as KTM actually hold the top speed record at Mugello.

Honda also appears to have a different chassis trialled by Marc Marquez this morning.

With 15 minutes of the session gone, Francesco Bagnaia shot to the top of the order on his factory Ducati with a 1m47.070s, which was matched by Aleix Espargaro 15 minutes later.

While FP1 was largely uneventful, there was a scary moment between Espargaro and KTM’s Miguel Oliveira when the former overtook the Portuguese rider into San Donato at Turn 1.

As Espargaro drew alongside going through the kink at the crest of the hill, Oliveira ran onto the grass – but managed to keep it under control and stay on his KTM.

Moments after Espargaro had gone fastest, LCR Honda’s Takaaki Nakagami took over with a 1m47.040s.

Fitting fresh medium rubber for his final time attack, Nakagami improved on that to a 1m46.662s to end FP1 fastest by 0.408 seconds from Aleix Espargaro.

Bagnaia completed the top three as the leading Ducati runner ahead of Rins and Le Mans race winner Enea Bastianini on his Gresini Ducati. 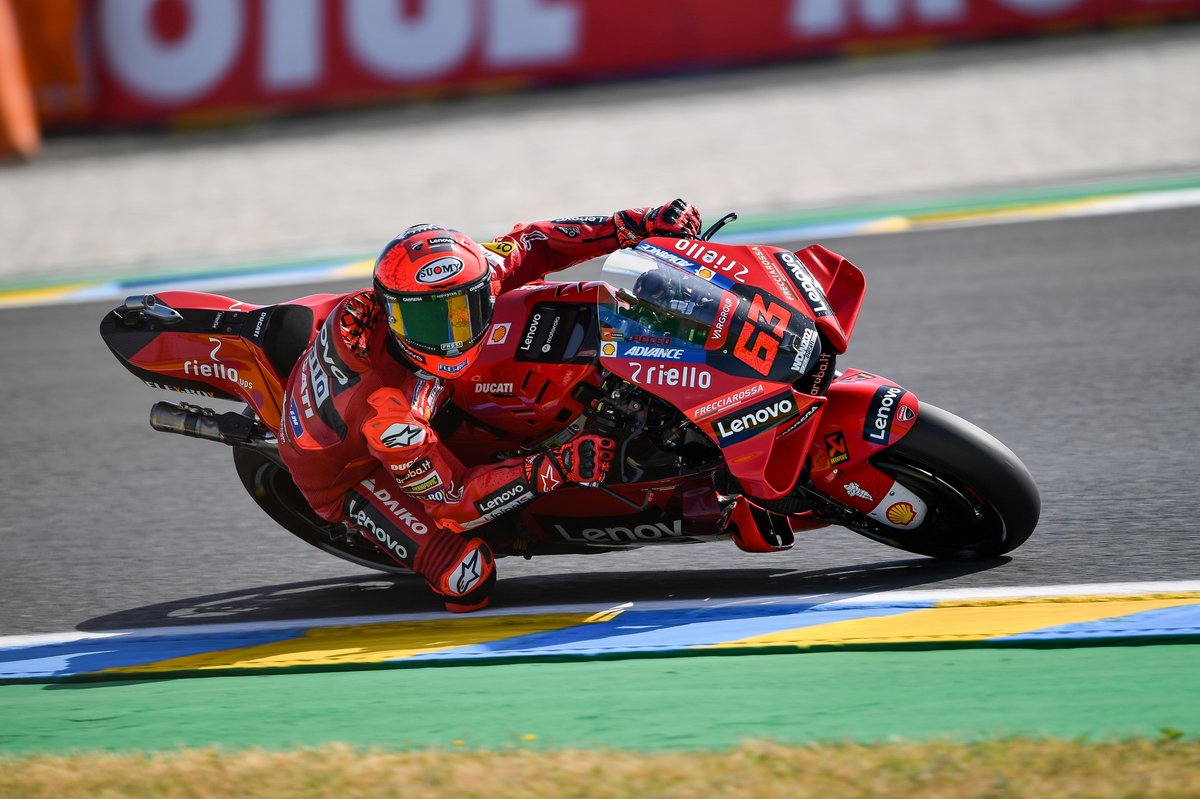 Vinales was sixth on the sister Aprilia ahead of Ducati’s Jack Miller, Honda’s Pol Espargaro and Johann Zarco on a Pramac Ducati running a striking new purple livery.

Valentino Rossi protégé Luca Marini completed the top 10 on the VR46 Ducati, with championship leader Fabio Quartararo the first of the Yamahas in 11th – 0.731s off the pace.

Pirro slid down the order to 12th after his early run at the top of the standings, with Alex Marquez (LCR), VR46’s Marco Bezzecchi and Joan Mir on the Suzuki filling out the top 15 spots.

Marc Marquez was a low-key 19th on his factory Honda behind KTM’s Oliveira, Brad Binder and Yamaha’s Franco Morbidelli, while Jorge Martin – who will have surgery after next week’s Barcelona race on a nerve issue in his right arm – was 20th on his Pramac Ducati.

He was shadowed by Andrea Dovizioso, whose future is now in question following RNF Racing’s announcement this morning that it will become Aprilia’s satellite team from 2023.