The Italian manufacturer will likely shake-up its line-up for the 2023 season, with Jack Miller expected to lose his place at the factory squad.

PLUS: Why Ducati holds all the power in its MotoGP rider dilemma

French Grand Prix winner Enea Bastianini and Pramac’s Jorge Martin are the favourites to get the Australian’s seat, with the former strengthening his claim after taking his third win of the season last weekend at Le Mans on his 2021-spec Gresini-run Ducati.

Martin’s manager was seen at Le Mans speaking with Honda, but Ducati’s sporting director Ciabatti is convinced no matter who out of Bastianini and Martin gets the factory seat will “listen to a Ducati proposal before going anywhere else”.

“I think any rider who is riding a Ducati today will think twice before going anywhere else,” Ciabatti told Autosport at Le Mans when asked if Ducati was worried it could alienate Martin or Bastianini with its factory line-up decision.

“Not only because the bike is very competitive, I think the overall package, the kind of technical support we give to all the independent team, the fact that Gigi [Dall’Igna, general manager] goes to speak to all of our riders after they are done with the factory team.

“It’s something that I think the riders and teams appreciate a lot.

“Obviously, we need to see what Honda will be doing. Apparently, it looks like they don’t want to continue with Pol [Espargaro]. And then it’s whether Aprilia wants to change its riders, which I don’t think.

“But then the factory teams, unfortunately because of the decision of Suzuki [to quit], there is not much else – maybe KTM.

“But I don’t see the market as so active and so stressful, so riders who can do very good results on a Ducati I’m pretty sure they will listen to a Ducati proposal before going somewhere else.”

Miller has been in talks with Honda about a return to LCR, while the three-time MotoGP race winner has also been linked to a KTM switch.

Ciabatti says Ducati would like to continue with Miller in some capacity, but concedes any offer will likely not be to his liking.

He also notes that Ducati is close to securing Martin and Bastianini for 2023 within its stable of riders.

“We always said we wanted to secure Jorge and Enea, and I think we are basically there,” Ciabatti said.

“Obviously, we also wanted to see if we could continue somehow with Jack because Jack is a great rider, we love him and so on.

“And obviously I think we can offer him something which he might not consider as good enough for him and he might take a different direction. 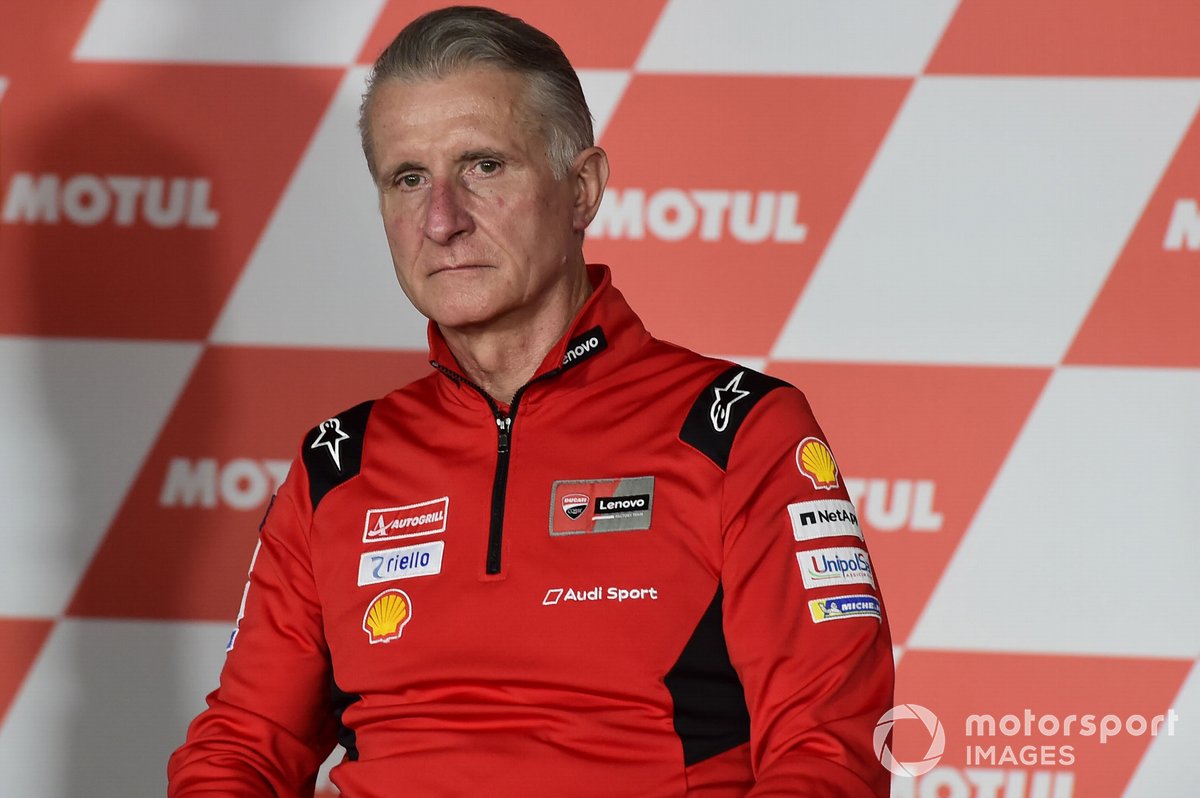 “But obviously looking at the results – okay, Martin is having a difficult time, but he did fantastic things.

“Enea goes without saying, he’s fighting for the championship. Zarco is doing fantastic races – maybe he’s missing a little bit that spark to go on the podium more constantly.

“So, luckily we had more than two bikes on the grid and a very good relationship with our independent teams in order to see if we can find a solution.

“But, as I said we are in that stage where we need to assess a little bit the situation and hopefully between Mugello and Assen come up with a final set-up of riders to which teams and so on.”