The holeshot device has been a feature of the MotoGP grid since Ducati first started testing the device on Jack Miller’s Pramac bike in the back half of the 2018 campaign.

The first evolution of the device was purely a start tool: a rider would engage a switch to hydraulically lower the rear of the bike to keep the centre of gravity low and help acceleration off the line.

This developed – Ducati once again leading the charge – into a rear ride height device that can be adjusted on corner exit to achieve the same effect.

The rest of the field started to catch up to this in 2021, with the systems also stretching to the front of the bike for race starts.

In pre-season testing Ducati was seen to be testing a front ride height device that could be used on corner exit also in conjunction with the rear version.

This will now go to the Grand Prix Commission to be voted on.

Autosport understands that two options are on the table. The first is a ban on the front ride height device with immediate effect, while the second is a blanket ban on both front and rear ride height adjusters for 2024.

Sporting director for the team Paolo Ciabatti says the response to Ducati’s front ride height device is “sad” and feels the gains to be had from the development are minimal.

“It’s a solution we worked on last year, within the regulations,” he told Sky Italia.

“It’s sad to see that the reaction of the other manufacturers when faced with yet another innovation from Ducati is to try to change the regulation to ban it.

“The request of the manufacturers, who are five against one, is to ban it from 2023.

“We will see if and what the Grand Prix Commission will decide in the coming days. From our point of view, I repeat, this is yet another innovation by Ducati that the other competitors are trying to block, citing reasons that we believe are specious.

“In MotoGP we look for tenths of a second. This is a system that, in our opinion, on some circuits can go in that direction, but we’re talking about maybe a tenth or even less on some tracks.

“As you know, you look for hundredths within the regulation and that’s what we did, but that’s the situation. Now we have to see what happens.”

Reigning world champion Fabio Quartararo admits the devices are “starting to be too much”, noting how complicated the start procedure has become since he made his MotoGP debut in 2019.

“Already in 2019 just the starting procedure was you were in neutral, you press the launch control button and go,” said the Frenchman.

“Now, you need to check too many things and I think at the end you win, but for me it’s starting to be too much.” 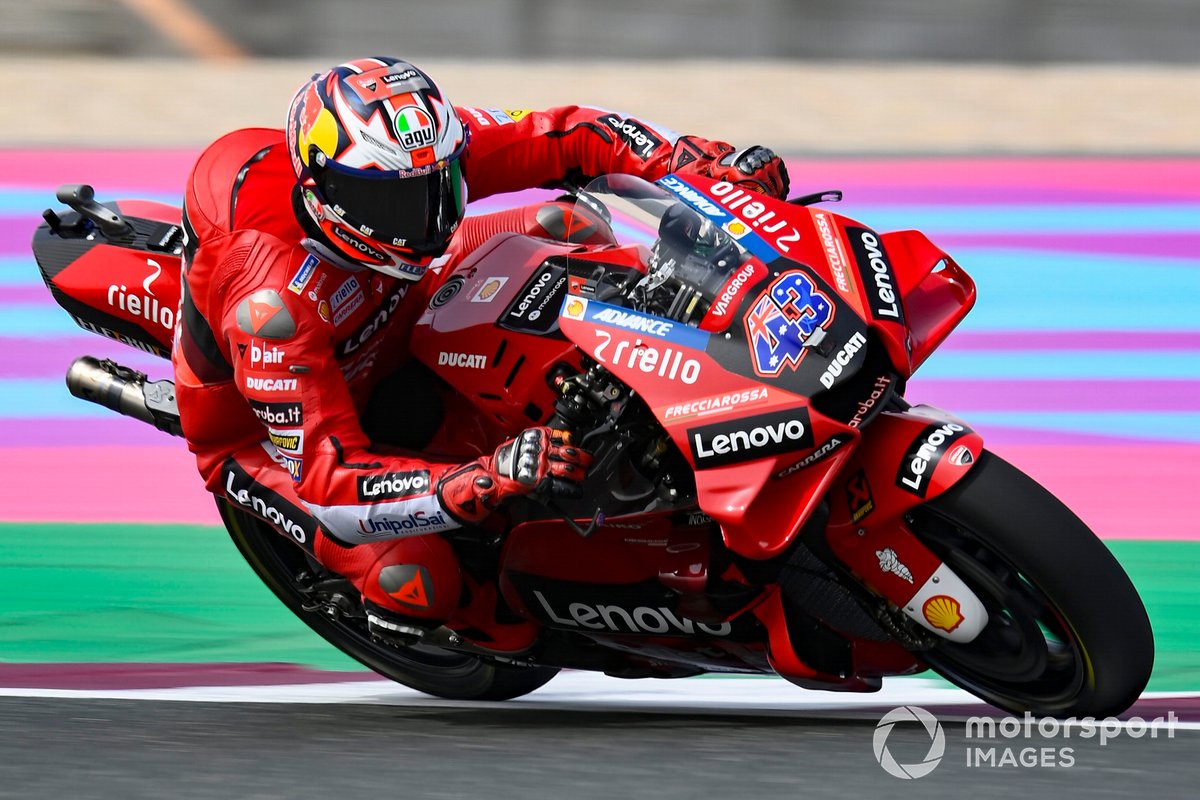 The 2020 world champion Joan Mir also added that tracks aren’t keeping up with the advances in speed ride height devices have brought, while Marc Marquez believes the systems have to be removed outright in the interest of safety.

“For me it’s something in the future they must remove,” the six-time world champion said.

“I already said this last year when I arrived after my injury, but I think all the riders need to go together because in the end manufacturers always push for more and now with the holeshots, more stroke on the rear, more speed, more stroke on the front, even more difficult to engage on the start procedure.

“So, I mean for me for the show we don’t gain nothing.

“The aerodynamics, I agreed with because aerodynamics are nice, but with the holeshot systems… we’re trying to increase run-off areas, now we’re arriving faster on the braking points, we are braking later because we can brake later.

“So, for the future it makes no sense [from a safety perspective].”

Aprilia’s Maverick Vinales also echoed these concerns, but did add that the rear ride height device has made corner-exit safer in some instances.

“On acceleration it’s much safer with the holeshot because I remember sometimes corners like last of Austin, you accelerate from zero and the wall is very close,” he noted.

“With the device the front is always much more getting the contact on the ground.

“Now it’s going too far, too many things. But for now, at least for the start and the rear it’s much safer.” 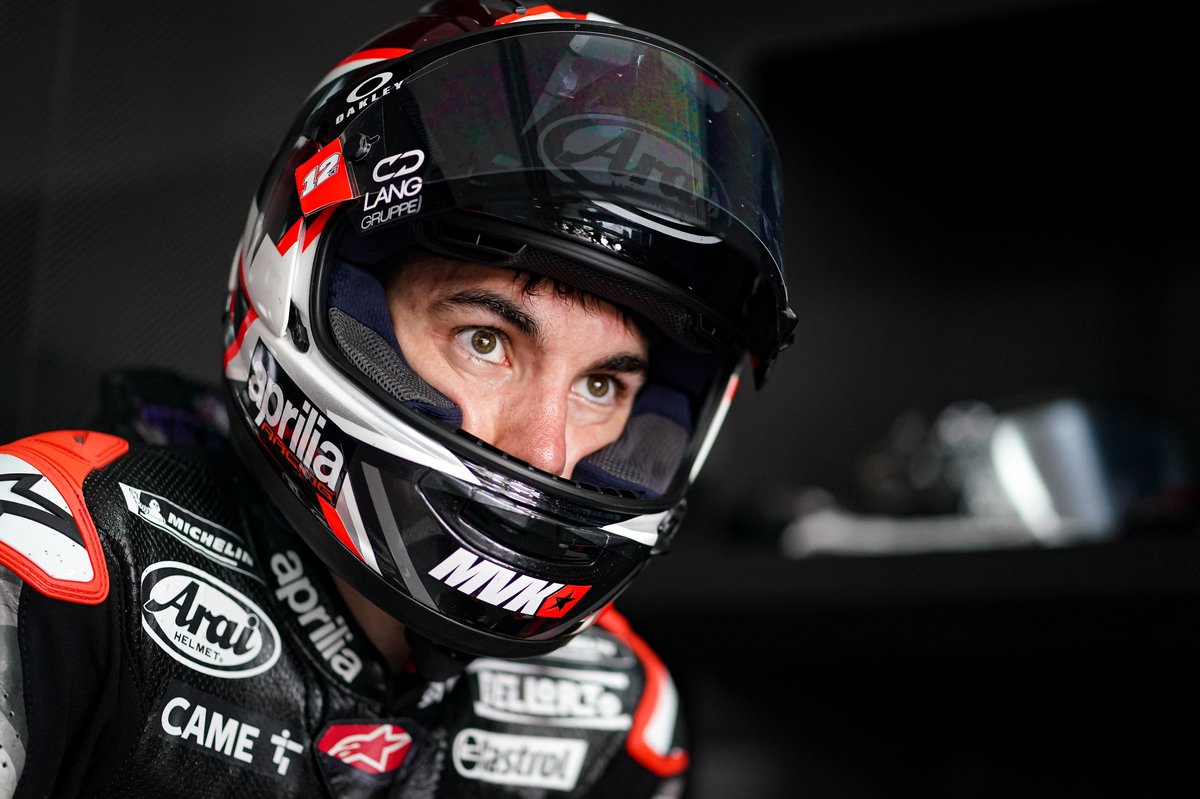 Should the ban on some ride height devices come to pass, Ducati – having put the most development in and reaped the rewards – will rightly feel aggrieved.

Once the pioneer of aerodynamic wings in 2015 and 2016, it was left fuming when the decision to ban the devices on safety and cost grounds came to pass.

This latest debate once again wanders into the territory whether or not MotoGP should be punishing technological ingenuity in what is still essentially a prototype series.

While safety concerns are valid, any decision that leads to the banning of ride height devices will leave some happy and others not – and thus lead to cynical thoughts that the push to ban was spurred on by sour grapes.

It is worth noting that riders and teams have been sensible enough not to use the devices at certain circuits where disengaging them through braking at Turn 1 is not possible.

And there have been no major incidents caused by ride height devices, though some have had problems of the system engaging and disengaging following crashes.

So this will once again circle back to motorsport’s philosophical question of whether or not progress should be stood in the way of. And the colour of your team shirt will ultimately influence where you stand on this issue.