On Friday at the Italian Grand Prix, Aprilia announced it had reached a deal with RNF for it to become the Italian manufacturers’ satellite squad from 2023 on an initial two-year deal.

RNF currently fields Dovizioso and Darryn Binder on Yamaha machinery, but neither is contracted beyond the end of 2022.

Dovizioso has endured a torrid full-time MotoGP return on the Yamaha after sitting out the 2021 season, scoring just eight points from the first seven races on a bike that has won in the hands of factory rider Fabio Quartararo and currently leads the standings.

The former Ducati factory rider, a three-time runner-up between 2017 and 2019, tested for Aprilia last year and was previously offered a race ride with the marque for the 2021 campaign.

But Dovizioso says at the moment the RNF tie-up will have no influence on his future plans.

“Doesn’t change anything because I don’t have any plans for the future,” the 36-year-old remarked after ending Friday practice at Mugello in 21st.

“I’m already struggling a lot to be in this situation, so I don’t think it’s too smart to think about the future at this moment.”

Asked if he thought the Aprilia could be better than the Yamaha for him, he added: “Maybe yes, but in any case I don’t know if I’m interested to think about the future.

“This is the point. It’s not about which brand, which team or if I speak with a team for the future.

“I’m the first person to not speak about the future, because at this moment it’s not about maybe it would be good for me.”

When pressed to say if this means he would be retiring at the end of 2022, Dovizioso concluded: “In this moment I can say yes, easily, but we will see.”

The RNF/Aprilia tie-up came as welcome news to the marque’s leading rider Aleix Espargaro, who hopes the Malaysian squad will use the opportunity to nurture young talent.

“I think it was in 2020, Razlan [Razali, RNF owner] with [Franco] Morbidelli and Fabio [Quartararo] won five or six grands prix, he was fighting for the title.

“If somebody said in 2020 that he [Razali] will leave Yamaha, a winning bike, for Aprilia, I’d think you were crazy.

“Now I’m extremely happy and proud that Razlan chose our brand to race. It’s very good for me, I feel really, really good. 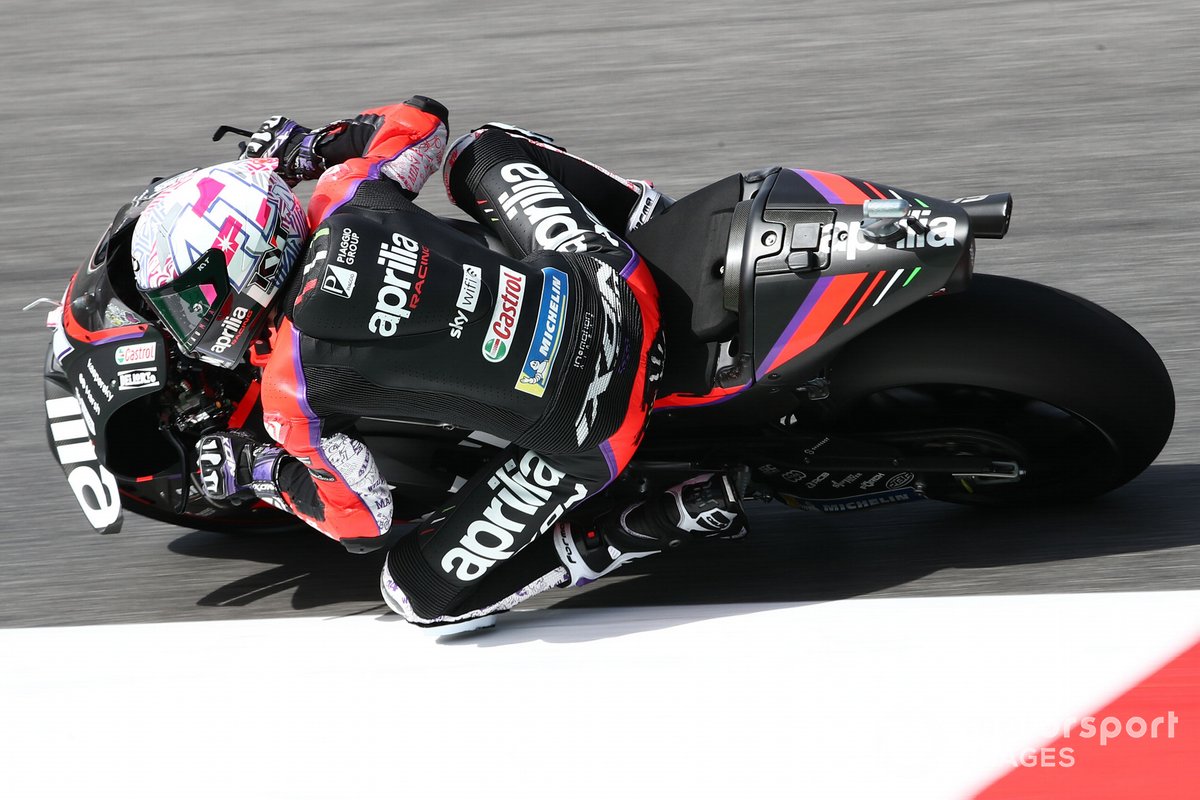 “I don’t decide the riders, this is something Massimo [Rivola, Aprilia CEO] and Razlan have to decide, but I would love if they give opportunities to the young riders, to rookies to perform because I think the Aprilia is a very good bike.

“But it’s a lot different from the other bikes. We can see also with Maverick [Vinales] that his feeling with the Yamaha and Aprilia is different.

“So, I think it’s a very good opportunity for rookies.”

Ahead of the Italian GP, Aprilia confirmed it had re-signed Espargaro and Vinales to new two-year deals.