Almost four months after the last MotoGP race, the new season gets underway in Qatar on Sunday with the first of a record 21 rounds.

Having scored pole in last year’s Doha GP in Qatar, Pramac’s Martin stormed to his fifth career MotoGP pole on Saturday evening at Losail – though believes he needs to find a bit more pace before he can think about fighting for the win.

He will line up ahead of fellow satellite Ducati rider Enea Bastianini, who secured the first front-row start of his career aboard his Gresini-run 2021-spec Desmosedici.

Completing the front row is six-time world champion Marc Marquez, who believes he can fight for the podium on Sunday but not the win on the radically revised 2022 Honda.

The big shock of qualifying came in the form of reigning world champion Fabio Quartararo, who could only manage 11th on his factory Yamaha having been forced to come through the Q1 session.

He admitted he was on the limit of his bike but was “not super angry” at his result because he feels he gave his all.

When is the MotoGP Qatar Grand Prix?

How can I watch the Qatar MotoGP?

In the United Kingdom, the Qatar MotoGP race day will be broadcast live on BT Sport, which has live broadcasting television rights for the 2022 MotoGP season. The race will be shown live on BT Sport 2, with race coverage starting at 2:30pm GMT, directly after the Moto2 race.

MotoGP also offers its own live online video streaming service, which is available to stream in the UK. 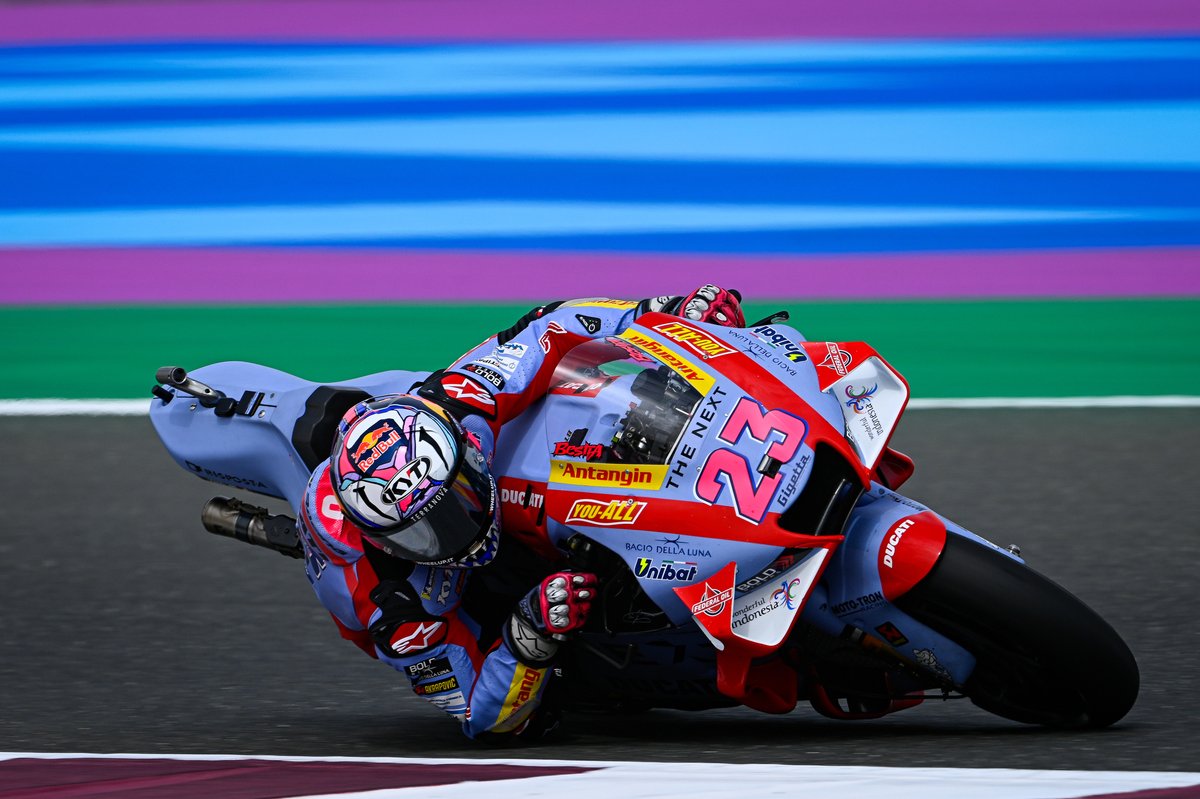 How can I watch the Qatar MotoGP highlights?

ITV4 will show highlights of each MotoGP round in 2022, including highlights of the Moto2 and Moto3 classes, which will be broadcast on each Monday evening after the race.

What’s the weather forecast for the race in Qatar?

Dry and warm weather is expected for Sunday’s Qatar GP, with conditions a pleasant 22 degrees Celsius.