For a long time, at least, Valentino Rossi’s achievements in MotoGP will continue to be hailed. His nine world titles and 115 grand prix victories remain the benchmark for the modern crop to aspire to.

Although his final season last year ended with more of a whimper than a bang, the Rossi legend is immortal. Through his VR46 Academy, top Italian talents in Francesco Bagnaia, Franco Morbidelli, Luca Marini and Marco Bezzecchi carry his legacy forward in the premier class in 2022, while the ‘yellow army’ can get behind his VR46 Ducati squad.

Dorna Sports has already rolled out the red carpet for his retirement, making him an official MotoGP legend ahead of his final outing in Valencia last year, while all nine of his title-winning bikes were assembled for his viewing pleasure and a massive mural painted on the race control building at the Ricardo Tormo Circuit.

But while he carves out his new career in car racing, with Audi customer squad Team WRT in GT World Challenge Europe, MotoGP is not done throwing honours at Rossi.

At Mugello on Saturday – scene of seven-successive MotoGP wins for Rossi on home soil between 2002 and 2008 – MotoGP will retire his famous #46 from competition in a move that raised eyebrows when it was announced during the French Grand Prix weekend.

It was something that was immediately questioned because the idea of retiring his racing number, something usually reserved for riders who have died, was shot down by Rossi himself several years ago.

“About my number, I was thinking – my first impression is that I don’t like that the 46 is retired,” Rossi said when asked about it back in 2016. “I prefer that it remains and if some other rider wants to take that number they can.”

Rossi continues to use #46 in GTWCE, but MotoGP will retire the number this weekend in his honour

MotoGP has previous form when it comes to benching notable riders’ numbers at the conclusion of their careers. The 1993 500cc world champion Kevin Schwantz’s #34 was the first to be retired, while in ensuing years the numbers of the likes of Daijiro Kato’s #74, Marco Simoncelli’s #58 and Nicky Hayden’s #69 were all retired out of respect following their tragic deaths.

That’s all very well and good and made for touching moments for those closest to those riders. But in retiring a number, you take away the one avenue where a rider can truly be honoured: on track.

Unsurprisingly when asked about Rossi’s number retirement at Le Mans, most riders felt it was inevitable and correct.

Association with a number can be cemented by the heroics of someone who carried it during their career. But that shouldn’t somehow equate to ownership. It would be a bit like stopping all guitarists from using Fender Stratocasters because that’s what Jimi Hendrix used to play

“I mean, it was inevitable I think,” Ducati’s Jack Miller said. “The number 46 can be retired for sure. My number won’t be retired, I can almost guarantee it, because I’m not Valentino Rossi. So, I don’t need to worry.”

Aprilia’s Aleix Espargaro added: “The 46 has to be retired 100% for sure. He’s been the best of the history, so it’s ok. But for the young riders that are coming, if we start to retire many numbers it will become a nightmare.”

Rossi protégé Bagnaia feels retiring the #46 makes sense because “I don’t think anyone will choose the 46, it’s too much responsibility”.

That last point is pertinent – but also further highlights why riders shouldn’t be stopped from running a legendary number. If a young hot shot rider blazing his way through the junior ranks wants a crack at the MotoGP title carrying the #46, then why not? If anything, it would show the confidence that rider has in their ability. But would also make for a fantastic story if they actually managed to bring those legendary digits back to the top of the world – something that has not been done since 2009. 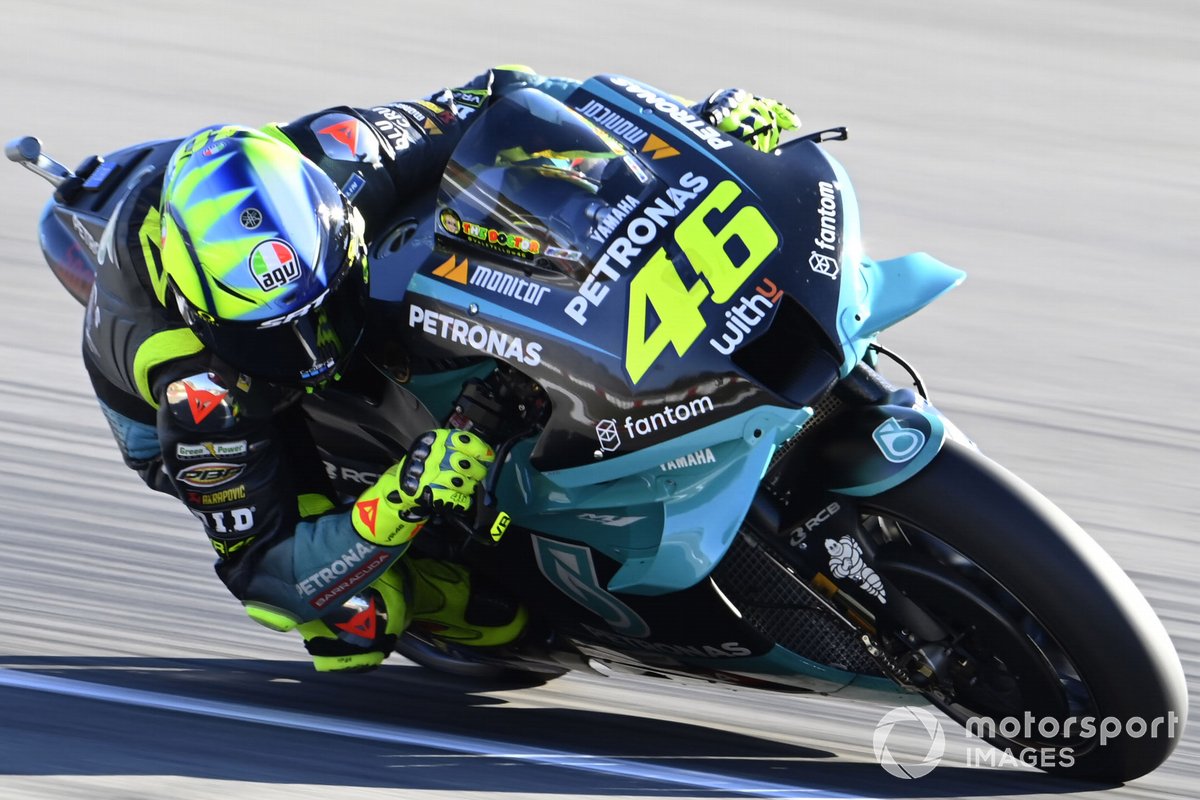 In some instances, a number identified with one legend can even have a second wind with another for a new generation. Famously, in basketball Lebron James used the #23 when he began playing in the NBA. The #23 was previously made famous by Michael Jordan, whom James idolised growing up, and he elected to sport that number in tribute to his hero. James has gone on to be considered just as much of a legend in basketball as Jordan, who was happy for the former to the #23 because he felt he never owned the number.

Perhaps the clearest comparison to this in motorsport is in NASCAR, where rookie Chase Elliott was handed the huge mantle of driving Hendrick Motorsports’ #24 Chevrolet following Jeff Gordon’s retirement at the end of 2015. He only drove with #24 for two years before switching to #9, the number he used to win the Cup title in 2020, and #24 is now used by William Byron, who emulated Gordon by winning rookie of the year in 2018.

NASCAR is arguably the other motorsport division where drivers are most clearly associated with numbers, although the honour of driving Ferrari #27 in Formula 1 following the death of Gilles Villeneuve was perhaps greater than any other. Seven-time Cup champion Dale Earnhardt Sr’s #3 was unofficially retired following his death in the 2001 Daytona 500 and his replacement at Richard Childress Racing, Kevin Harvick, instead drove the #29 for the duration of his time at the team. But RCR brought the #3 back for Austin Dillon, the grandson of the team owner, to drive in 2014 and he took it to victory lane at the Daytona 500 in 2018.

Given Valentino Rossi inherited #46 from his grand prix race-winning father Graziano, perhaps there is a case to make for the view that if anyone should own a number, then it’s Rossi. But that’s tenuous at best.

Certainly, the association with a number can be cemented by the heroics of someone who carried it during their career. But that shouldn’t somehow equate to ownership. It would be a bit like stopping all guitarists from using Fender Stratocasters because that’s what Jimi Hendrix used to play.

Now we arrive back to the original question raised when MotoGP first announced Rossi’s number retirement ceremony at Mugello. Why, if he never wanted it to happen in the first place, is it happening?

Cynically, one only has to look at the expected attendance figure for this weekend’s Italian GP released by the Prefecture of Florence of a meagre 20-30,000 for the entire event. The first Italian GP to be held with a full crowd since the beginning of the COVID-19 pandemic has unfortunately come too late for the finale of Rossi’s career, but it’s not as if partisan representation is in short supply given four of the seven wins so far in 2022 have gone to Italian riders (three for Enea Bastianini, one for Francesco Bagnaia – both on Ducatis). 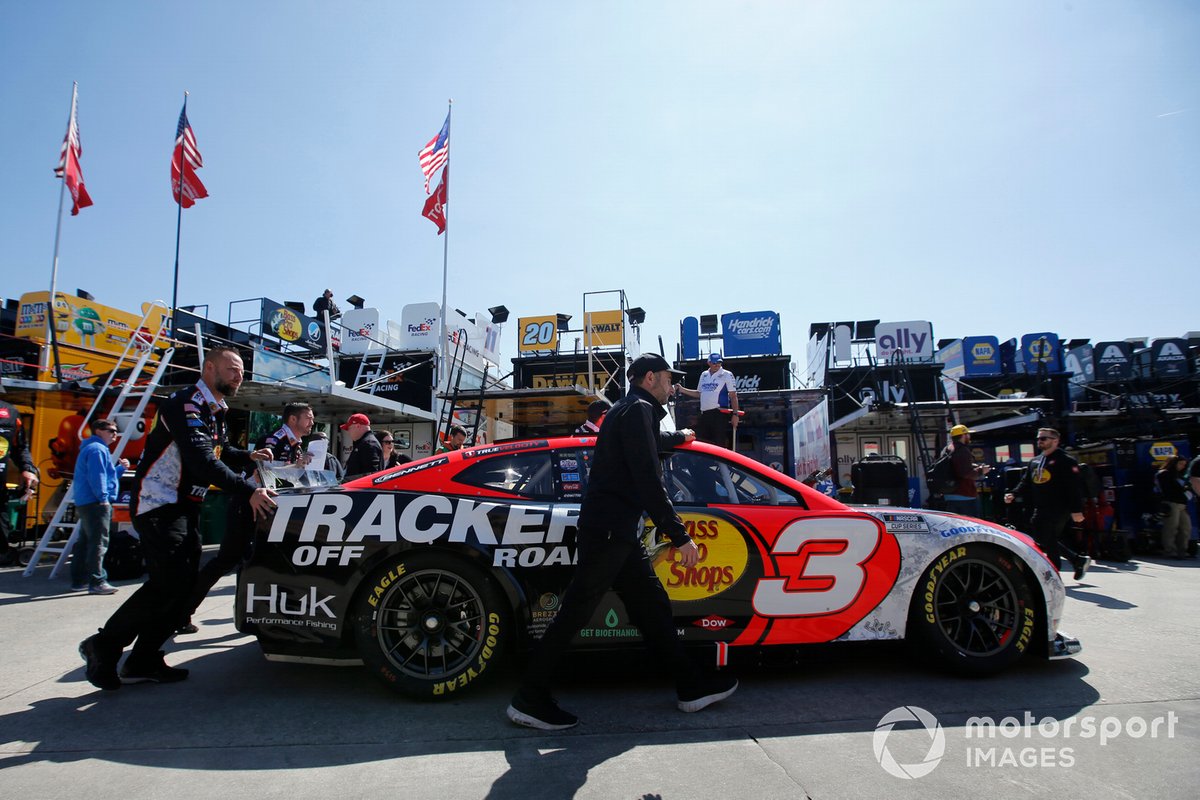 In other motorsport categories, famous numbers associated with legends are still used – such as the #3 as used by the late Dale Earnhardt Sr

High ticket prices can be partly to blame for this lower-than-expected turnout, with a two-day grandstand ticket at the Materassi stand amounting to €240. By contrast, an equivalent three-day grandstand ticket for the following week’s Catalan GP at Barcelona costs €90. This is ultimately the reality of the post-COVID times we live in and highlights the financial misery wrought by the pandemic.

But if you have a product worth buying into, people will find a way. That was made abundantly clear when Formula 1 raced in Miami, where a general admission weekend ticket cost over $400. Yet the Miami circuit was packed out on race day.

Attendance figures in general have been poorer than expected in 2022. While 225,000 people turned up for the weekend at Le Mans, spurred on by decent ticket prices and strong French representation, Jerez weekend figures were down from 151,513 in 2019 (the last ‘normal’ year) to 123,101 in 2022. Just under 45,000 turned up for race day at Portimao, and no figures were released for the sparsely attended Austin race. In 2019, Mugello hosted 139,329 across the weekend.

It’s hard, then, to look past Rossi’s number retirement ceremony – which will take place on the main straight ahead of qualifying on Saturday at Mugello – as a means to try and salvage a desperate situation using a draw MotoGP seemingly hasn’t figured out how to move on from yet. 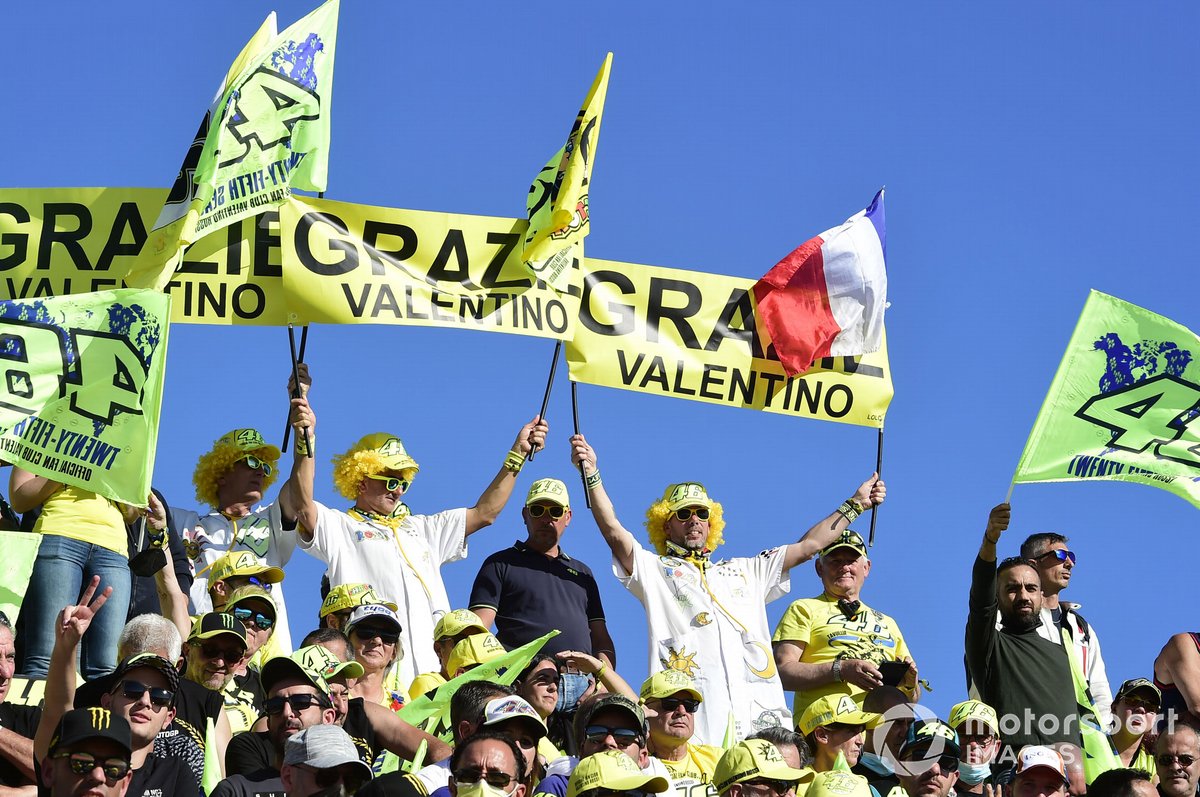 Is Rossi’s tribute a cynical move to draw in fans?