Vinales won the Qatar GP in 2021 when he rode for Yamaha and is twice a winner at the event.

After a strong pre-season on the 2022 Aprilia, Vinales has been off-colour all weekend at Losail and could do no better than 19th on the grid while team-mate Aleix Espargaro was fifth – with almost a second splitting the pair.

When asked by Autosport if he anticipated the Qatar weekend to be as difficult as it has been on the Aprilia, Vinales admits he didn’t but “cannot start crying” now.

“But it is what we have right now, so we cannot do nothing. We cannot start crying, we need to start working, it’s what we are doing.

“Today we tried things that worked on the rhythm but not on the fast lap. So, tomorrow we will try other things, but we need to keep trying until we find a good set-up for us.”

Expanding on the issues which led to his difficult qualifying, Vinales says it is still down to struggling with the front-end of the Aprilia.

Vinales says the problem is “even bigger” than it was in pre-season testing and finding a fix is being complicated by the lack of track time available to him during a race weekend.

“Honestly, on the test I was suffering with the front a lot,” he added. “And here it’s even bigger, so my problem comes from the front.

“I lose the front all the time and I can’t push, especially with new tyres. With used tyres it becomes much better, but with new tyres I have a lot of problems.

“We need to try, and in a race weekend you cannot try every run, you only have 40 minutes. So, at the end of the day we cannot change too much.” 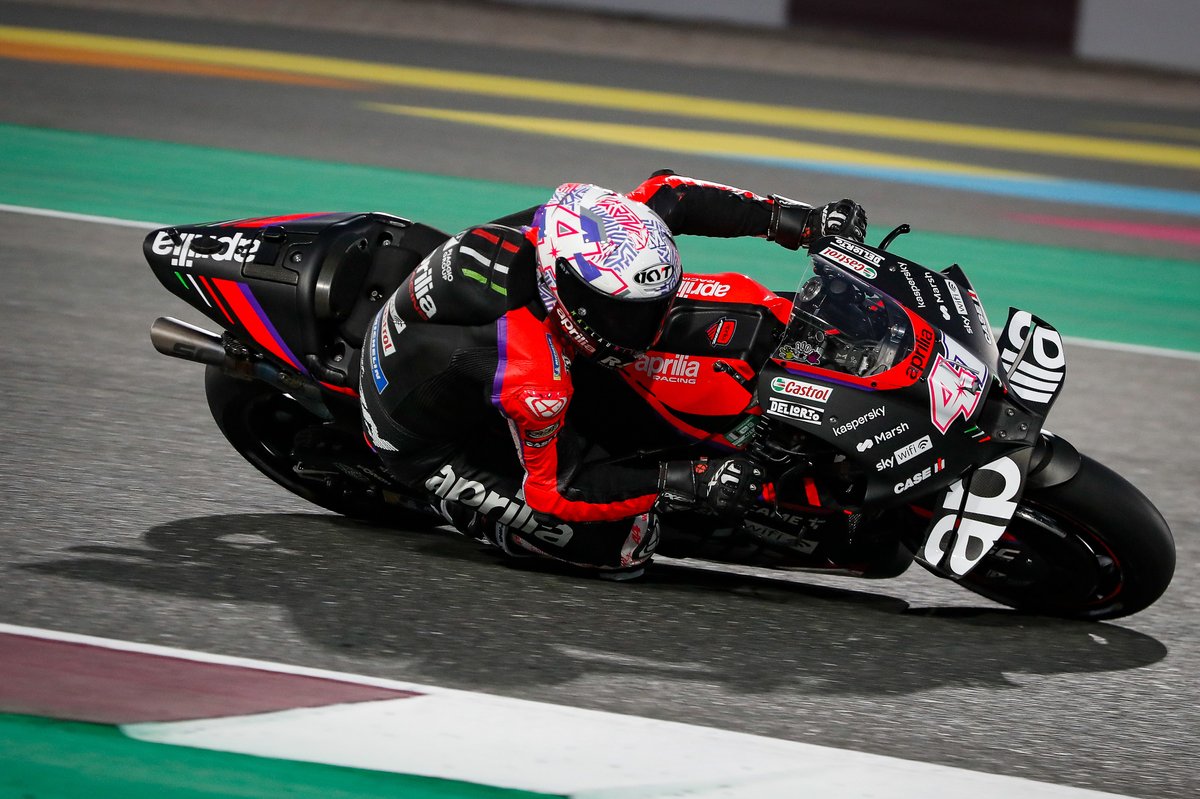 Espargaro feels his qualifying lap was “perfect” and is confident in his package for the race.

“I’m happy, I’m confident in myself,” he said. “This morning maybe I risked too much because I decided to work for the race and not throw in a soft tyre [for a time attack] and it was on the limit of a mistake because due to the problems I had yesterday on the fast lap [when he caught Vinales on his best lap] I was a little bit on the crisis zone.

“Then in qualifying I put everything together, I did two consecutive laps in 1m53s low, which is quite fast. Sincerely I think today was very difficult to be more competitive than what I achieved.

“It’s not often with a competitive bike you feel you were very close to the limit of the bike. I felt I used every inch of the bike, or the track, I did a perfect lap.”